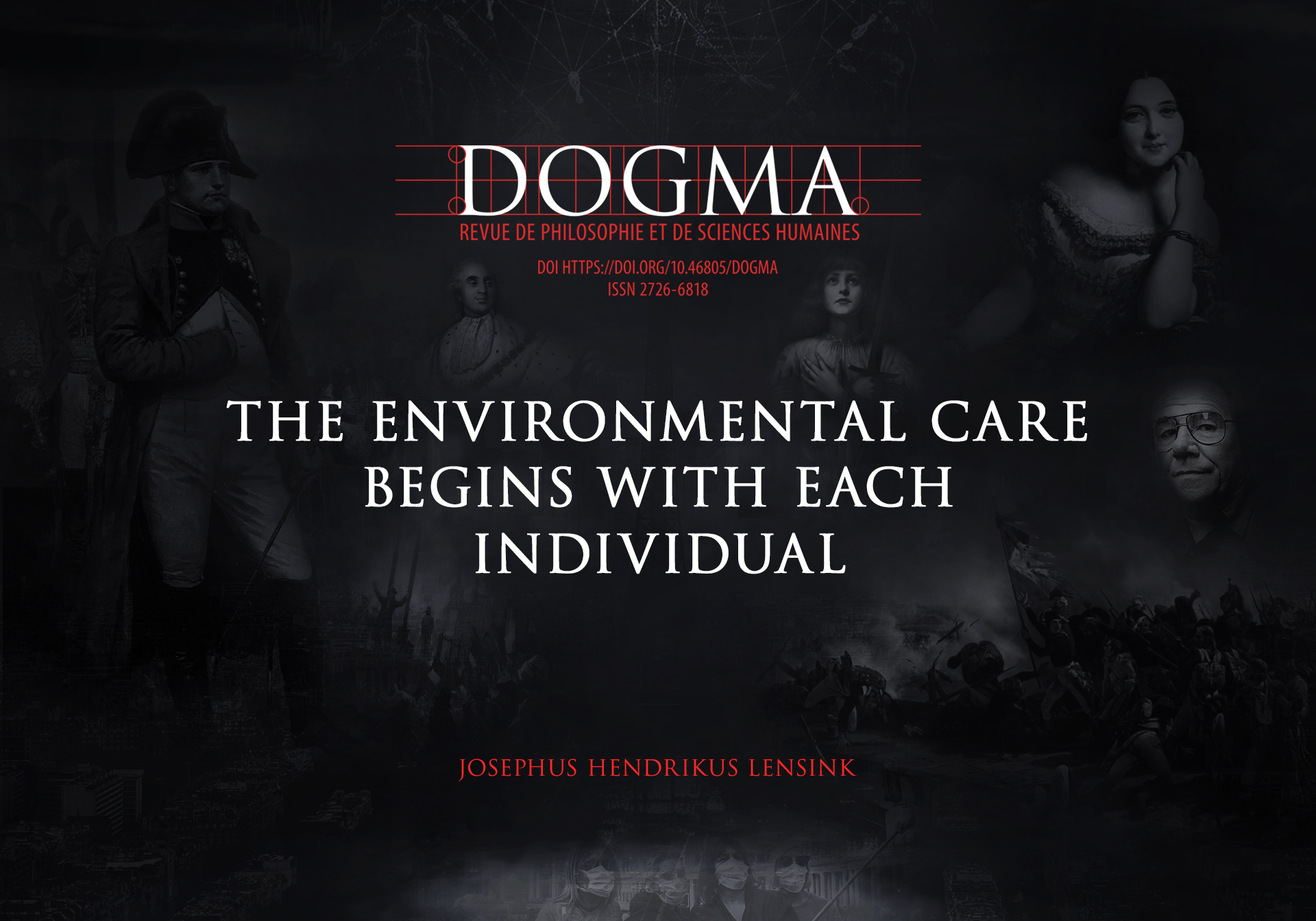 By 21 century the issues of ecology and environmental protection are being induced to the forefront amidst the global priorities of the world community. The philosophical judgment the preservation and improvement of the habitat are indispensable conditions for sustainable development, the quality of life of people, in general – the future of our civilization, is just being profoundly established on the international agenda.

It is essential to assume no individual will deny that the excessive use of freshwater, energy resources, massive deforestation, thoughtless ‘transformation’ of natural landscapes, drainage of swamps, reduction of forest areas, intensive chemical farming methods, emissions of pollutants, and littering of nature with waste, and other non-cultural and consumer lifestyles and human activities produce devastating effects on the natural environment, the ones leading to a biodiversity reduction and irreversible destruction of the biosphere.

In 1992, the Convention on Biological Diversity was adopted at the World Summit on Environment and Development in Rio de Janeiro. It had been ratified by 200 countries and had thus become one of the most representative international treaties.

Currently, approximately 270 environmental agreements have been negotiated in the framework of the UN in the areas of marine and air pollution, hazardous waste, biodiversity, desertification and climate change. The implementation of these agreements is an integral part of the entire process, while the central elements of the agreements are development, commercialisation and transfer of environmentally friendly technologies.

Cooperation in the environmental sphere within the Commonwealth of Independent States was identified in the initial period of its formation. In February 1992, in Moscow, the first issue on the agenda of a meeting of the Council of Heads of Government was the approval and discussion of an Agreement on Cooperation in the Field of Ecology and Environmental Protection.

As a result of this Agreement, government leaders also accepted the Intergovernmental Environmental Council. The Heads of Government and the Interstate Economic Committee of the Economic Union adopted agreements on the Red Data Book of Rare and Threatened Species of Animals and Plants – the Red Data Book of the CIS Member States, on control over transboundary movement of hazardous and other wastes, on basic principles of cooperation in the field of rational use and protection of transboundary water bodies, on cooperation in the field of environmental monitoring, etc.

The Council has long been the only body that acts as a coordinating body for CIS countries in the field of environmental protection and has been internationally recognised.

In recent years, however, most countries have de facto discontinued their participation in the Council’s work. The level of delegations at recent Council meetings has been reduced to an expert level and Council members have hardly participated in meetings. The last Council meeting was held in 2005.

Environmental protection is, in fact, an economic issue, a matter of creating an economic development model that takes into account the resource potential of each member state of the CIS and the entire Commonwealth.

The challenge to achieve a sustainable balance between environmental and economic development is of fundamental importance for the CIS countries. It is also encouraging that at the state level issues of ecology and environmental protection are regarded as traditional rather than extraordinary.

The Concept of Kazakhstan transition to sustainable development for 2007-2024 was approved by the Decree of the President of the Republic of Kazakhstan Nursultan Nazarbayev on November 14, 2006. The Concept is one of the major instruments of implementation of the long-term development strategy of the country till 2030 and the task of joining the fifty most competitive countries in the world.

UN Climate Change Conference was organised at the Bella Center in Copenhagen, Denmark in the period 7 December – 18 December 2009. The conference included the 15th Conference of the Parties (COP 15) to the UNFCCC and the 5th Meeting of the Parties (MOP 5) to the Kyoto Protocol. The conference addressed climate change issues and developed mitigation actions until 2012. That International step was a significant one to meet the environmental challenges and start searching for effective decisions.

In May 2010, St. Petersburg hosted the Third Nevsky International Environmental Congress ” Environmental Management Ecologisation – the Basis for the Economy in Balance with Nature Optimisation”, which was attended by representatives of legislative and executive government bodies, local authorities, non-governmental non-profit organisations, business structures, educational and scientific organisations of CIS member states and international organisations.

Overall, the various conferences, summits, international agendas are organized, however, the most significant issue remains uncovered. From my perspective, there is still a grand ‘gap’ compared to an abyss— a philosophical and psychological distance separating the theoretical concepts and decrees and their practical introduction. Personally, I believe a certain mental shift should be preoccupied to merge the two edges, the theory (the environmental challenges we meet and realize), and the practical aspects (likewise the new approaches and technologies required). The aforementioned paradigm directs the requirement to create opportunities to speak and share certain valid innovations not only for scholars and political figures but also to the practitioners, researchers, inventors, etc. For instance, the ‘Better place’ project is a great example of ‘business and science’ collaboration (introduced in framework of ‘An Ecology of Life: Discourses, dialogue and diversity’ scientific conference, held on October 23-25, 2013, University of Copenhagen). The project initially was aimed at building a network of ‘refueling stations’ for electric vehicles in various countries. Such stations would fit services for charging and replacing batteries with those already charged. In 2008, there were announced plans to build approximately 500,000 ‘electro-filling stations’ (sockets); by the end of 2013, Ramil Mehtiev, the project implemented that task in Denmark, having built 380 000 sockets approximately. Today Denmark, Portugal, and Israel are cooperating in the ‘Better place’ project framework. And that practice is a definite induction verifying the theoretical concepts and plans require some ‘fresh air’ and insights to determine and shape a new approach to the existing problem is required.

It should be emphasised that the most crucial prerequisite for the implementation of a set of measures to reduce hazardous impacts on the environment and restore natural complexes is the solution of the task of ensuring the modernization of environmental fixed assets through an innovative way of upgrading them at a rate no lower than that of renewing fixed assets in the economy, as well as the introduction of modern innovative technologies for monitoring, predicting the condition and pollution of the environment.

The challenge of addressing environmental information to the general public and interested organisations through the mass media, environmental education and training is ongoing. One of the priorities is to promote further constructive cooperation between state agencies and public environmental associations in addressing pressing environmental issues. Only by consolidating the efforts of all citizens can one expect genuine success in producing favourable living conditions for people, preventing negative changes in the natural environment and ensuring sustainable development of the country.

An Ecology of Life: Discourses, dialogue and diversity