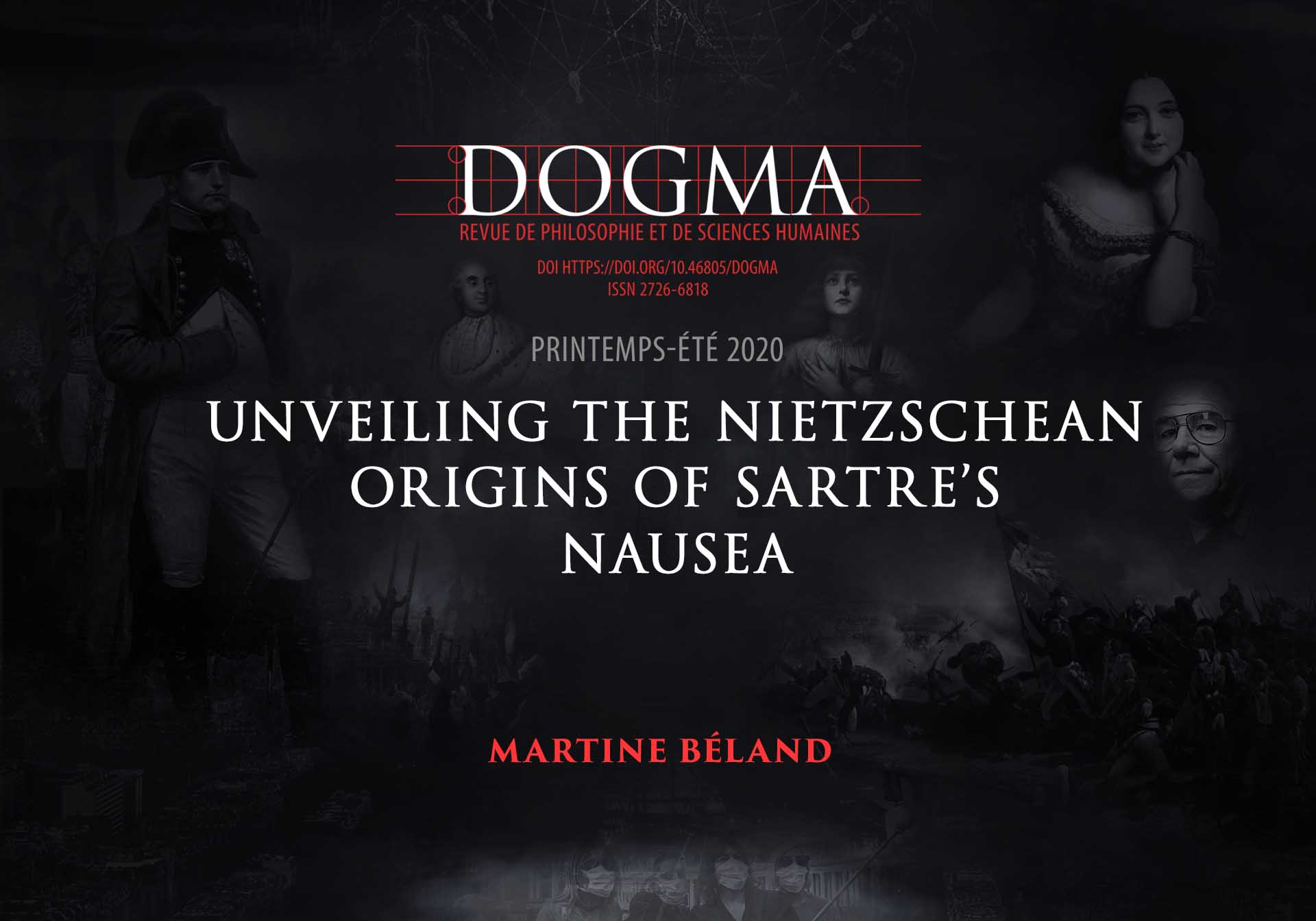 Nausea, Jean-Paul Sartre’s first novel (1938), is a landmark of 20th century French literature. Sartre’s literary works have always served as a vehicle for his philosophical thought. Indeed, it is not uncommon to analyze these works in order to understand Sartre’s Hegelian, Heideggerian, and phenomenological influences. It is, however, rather unusual to trace Sartre’s Nietzschean filiation, and the aim of this paper is to do so. This paper thereby wishes to suggest the complexity of the Nietzschean reception in 20th century thought and literature. Studies in the French Nietzschean reception have notably omitted to speak of Sartre’s possible reading of Nietzsche. For instance, Pierre Boudot, in his essay Nietzsche et les écrivains français (1970), says nothing of Sartre although he studies the period ranging precisely between 1930 and 1960; and Jacques Le Rider, in a recent and otherwise thorough study of Nietzsche’s reception in France, skims the issue of Sartre’s interest for Nietzsche1.